In what way may I create an artifact that allows me to take better and more immersive video with regular digital cameras while doing action sports (ie. cycling).

Being a "Left-Sided" kind of a thinker, I created a Google Docs Spreadsheet for creating the CONCEPT SCORING MATRIX, in which I used the weights and scoring system taught in the optional lecture. I also used the SUMPRODUCT() formula (which I didn't know before attending the lecture). I also used the simple matrix, and actually found out that the top 3 concepts were similar.

The final selection matrix, is:

The three concepts for which I will explore further by creating prototypes, are:

As stated before, the three concepts for which I will explore further by creating prototypes, are:

The chest harness obtained the second highest scoring according to the matrix. I created the prototype by using long strips of fabric which after were sewn together using thread or simply stapled together. 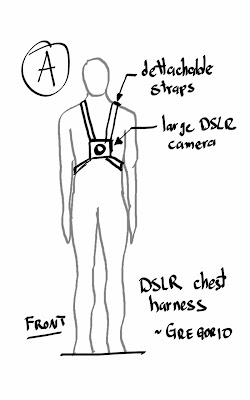 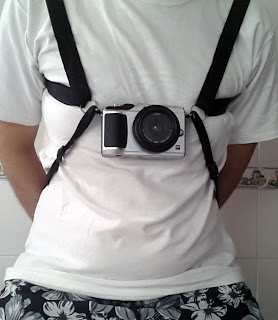 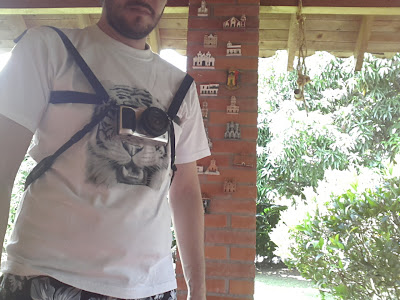 What I really liked about this prototype was that was very straightforward and easy to use. It also gives way more immersive video than the head mount, since you can easily capture in video the actions you are doing with your hands and the road feels closer to the video. It is also a bit less shaky than the head mount, as I'm guessing the body absorbs a lot of vibration. On the other side, it is difficult to adjust the camera position (tilt/rotation) since it is on a fixed position.

I was intrigued to try out the helmet mount, since I wasn't expecting it to have a high scoring (it was the highest scoring concept). I used an old helmet of mine, some long camera screws (had to be bought at the camera store) and some bolts. I also used some spacers, washers, and plastic washers made out of plastic bottles. 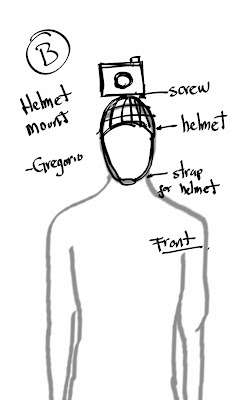 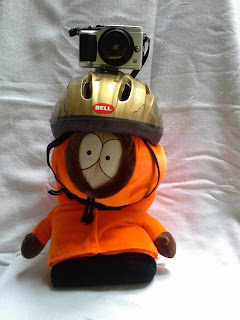 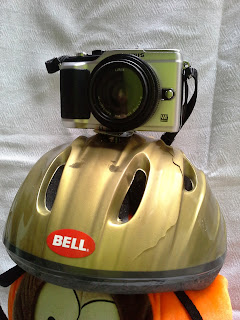 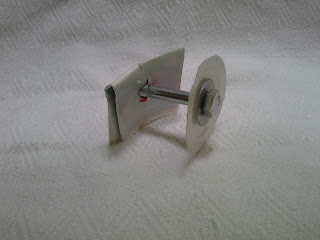 After trying the helmet out and taking video, I think that his idea shows promise. First, I have to solve a couple of issues: the camera should fit even better to the helmet (perhaps with padding or a plastic/foam spacer) and also, there should be extra padding for the helmet, since the metal head of the long screw can sometimes be uncomfortable, specially when on bumpy roads.

This is a funny concept, which also obtained an unexpected very high scoring. I used an old helmet, an old smallish tripod, bolts, and silicone glue to fix the tripod to the helmet. 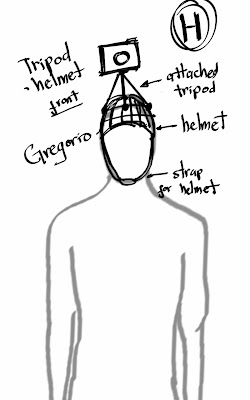 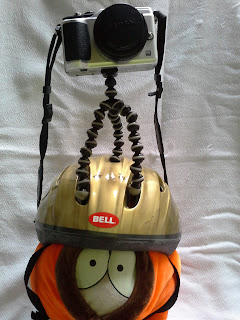 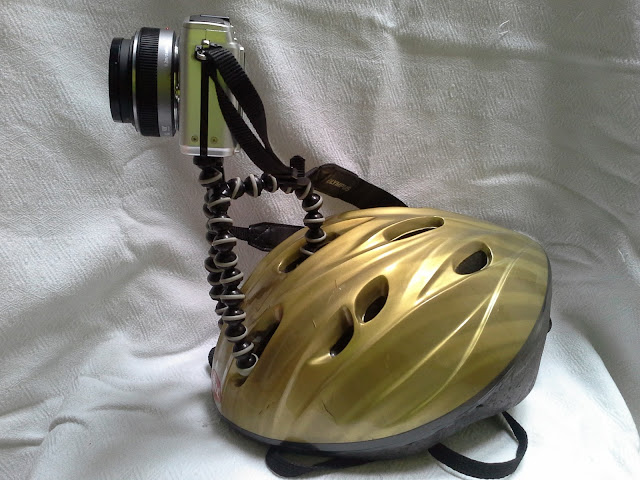 OK, so this is one of those ideas that looks better on paper than on real life. Attaching the tripod to the helmet was quite frustrating, and I ended putting a lot of glue to the tripod legs and the helmet, and this can potentially damage the helmet and/or tripod (costly, costly solution!). On top of that, image was REALLY shaky when I tried the helmet tripod mount on, and I was kind of scared that the camera would fall out. It was great on providing flexibility for the camera (you could point and focus 360 degrees) but I really think this is not an ideal solution.